Have you ever awakened and asked yourself "Where the hell am I and how did I get here?" This time I had all of my clothes on (thankfully) but I'm still blown away that I am here. 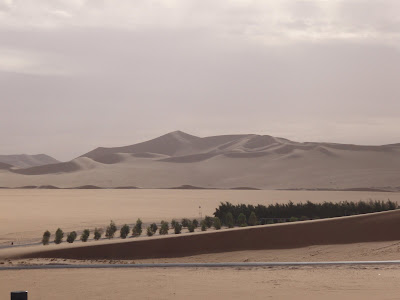 In the event you can't make out the color of the picture, that my friends is SAND not snow as you might expect from my normal postings. And in case you can't really tell, that is a LOT of sand. My last three weeks have been most interesting. I spent the second week of October at a training class outside of Chicago. I wasn't about to go into the city on my own so one of the local guys from the class took me downtown one evening so I could see it. Not having been to too many major cities I wanted to at least be able to say I have wandered the streets of downtown Chicago (and after midnight too!). So that was my big adventure that I was planning to post about next. Then on my way back to Chicago I had a voice mail from my boss saying he had a little "adventure proposal" for me if I was interested.

I'm sure there are a few people who have read my blog and think I build timberframes or something for work but I do have a real job. I work in the Oil and Gas Industry for ConocoPhillips. For years I have hounded one of the Operators I worked with for the first five years at Alpine who was always going on international projects to take me with him. Well when he called and asked if I wanted to come to Algeria I was as you might guess just a little unsure. After a phone conversation with him and some negotiations with Sandi(my wife), I said yes. After we got the details it is actually a fairly secure entry into the country and very, very, very remote. I am in the Sahara Desert about 75 miles from the Lybian border in the middle of what is called The Great Eastern Erg, also known as the Sea of Sand. It truly is like an ocean of sand and these monstrous dunes go about 150 miles in every direction. At work we have to clear snow after a blow, here they clear sand.

Tonight we hiked up the dune behind camp that they call K2. I want to climb it at least one more time (see if I wheeze a little less next time) then I want to go climb the one they call Everest. There is a pretty good justification for both names. This is truly one of the most beautiful places I have ever been. I can't put into words how awesome it is to sit on top of one of these dunes and see the colors and shades that the sand turns. Stunningly Beautiful! 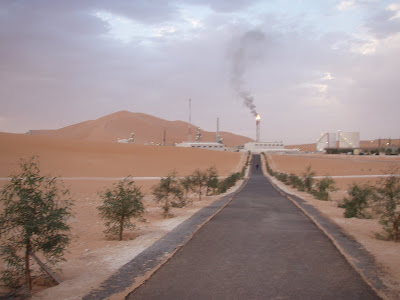 The walk from camp to the plant. 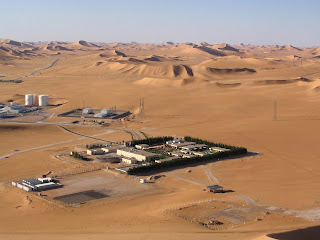 Camp from the climb up K2 (taken last week). 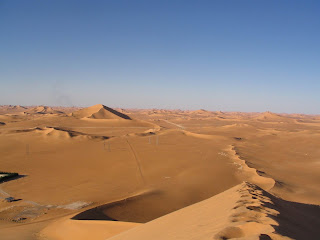 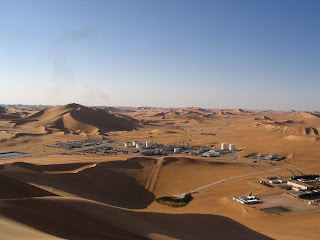 The Production Facility from atop K2 with Everest in the left background. 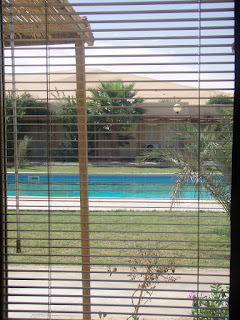 The view from my room!

Well as always it has been awhile since I last posted, at least I am consistent if nothing else. We have gotten a fair amount done since the frame was raised, the 2x12 sub-floor for the second level is on and about 90% of the tongue and groove is on the roof. I left the 4' pieces out of the peak so I could get to the roof to put the ice and water shield on to protect the t&g and it snowed before I've had a chance to finish the t&g. I have most of the ice & water shield on but on the south side there is about 2/3 of the roof that I haven't gotten to yet.

I was going to install the t&g at 45 degree angles to give it a herringbone pattern but decided to put in some wind braces instead and then run the t&g straight. When I was cutting braces for the frame I needed 24 that were 42" long and 26 that were 48" long. I accidentally cut 50 that were 42" long and couldn't get them to stretch no matter how hard I pulled. This left me with a bunch of 42" braces that I wanted to use as wind braces in the roof but I didn't have time to make the mortise pockets before we raised the frame (I was frantically cutting braces). So after I got the sub-floor in I installed the wind braces and am really pleased with how they look.

I was hoping to have a little more time to finish but the snow beat me. Since it is here I hope it snows lots. We got Thane's snowmachine out today and he rode around the yard a little but we need a bunch more before I get mine out. 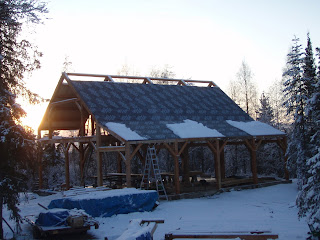 North Side of the Barn

With the exception of the peak this side is winterized. 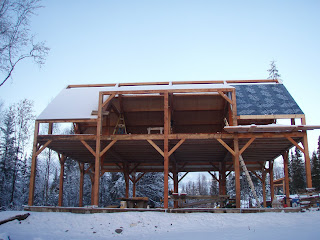 South Side of Barn

Need a couple of warm days to melt the left and center sections to put ice & water shield on. 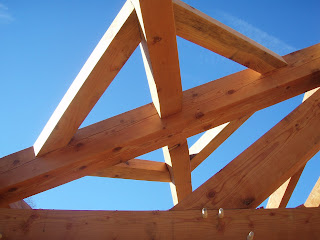 The wind braces form a diamond in the center bent. 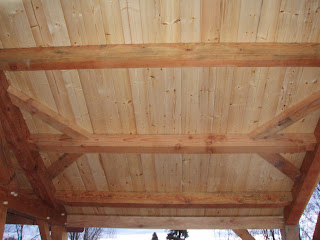 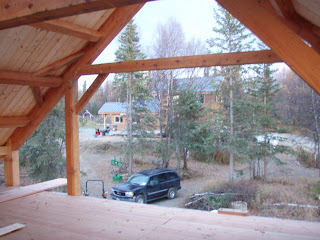 The house from the second level of the barn.