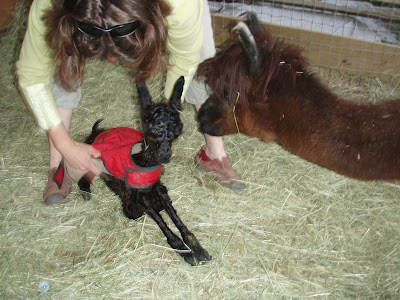 Well I've been home two weeks out of the three that I have off and today was the first full day that I didn't work on one of our many projects. Aside from all of the farm chores I have to do while Sandi is off riding horses in Oregon, today we went for a drive to Girdwood. It was a nice break from working on the timbers for the barn but I think I'm more tired from driving than working, although we did pick up two tons of hay on the way home (loaded one bail at a time by hand), so maybe I didn't get the whole day off.

I flew Matt who is a timberframer for Maine Barn Company up for two weeks and have worked him every day until today, so we decided to do some sight seeing. It was good because it turned out to be a beautiful day to drive down Turnagain Arm and the overcast skies that we left this morning were clear when we got back. We stopped by one of Alaska Timberframe's Jobsites and watched the crew raise part of a real nice Doug Fir Timberframe House while we were in Girdwood.
Here are a few pictures of our progress on our timberframe barn. 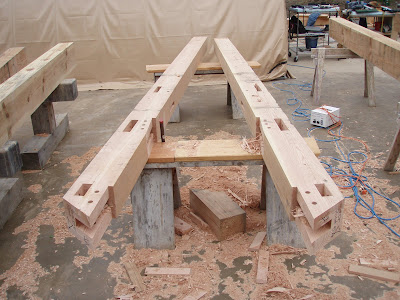 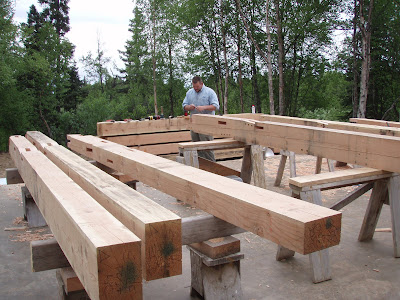 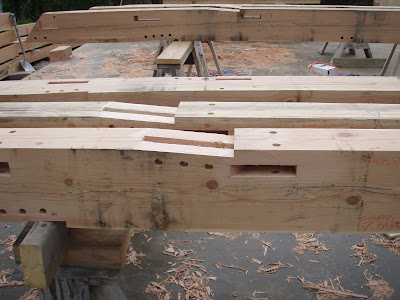 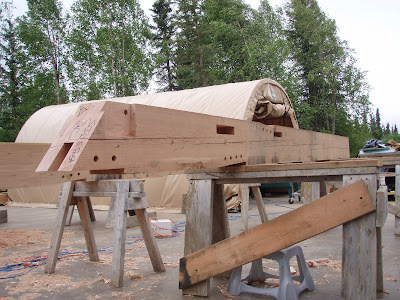 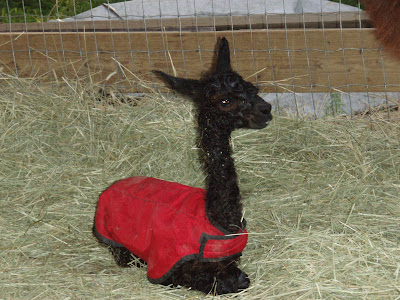 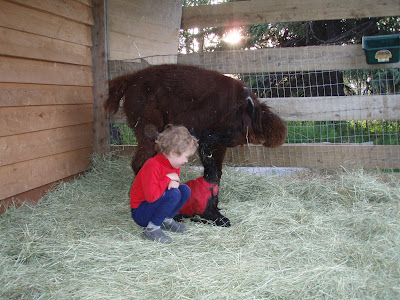 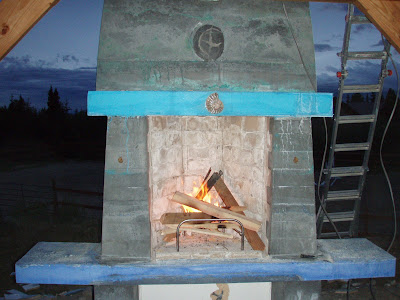