Who would have thought that after such a snow drought the last two months and only getting about six inches of fresh snow that the riding would be so good. We were riding in places that hadn't been touched all winter and the snow was perfect!

We headed out just Clay, Larry, Wes, and me. Then we caught up to the Spain clan on the way to their cabin so off we went, and what a great day it turned out to be. I'm so glad I got a new snomachine this year, I've gotten out so much just on short one and two hour trips from the house and have seen places I haven't been since I was a kid as well as exploring as many new places as possible. One of these days I'll get a gps so I don't have to come home and try to figure out where I've been using a topo map and Google Earth. 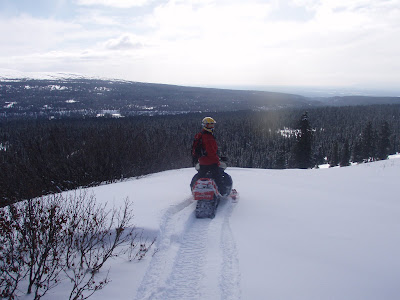 I wish Clay would get a camera so I could post pictures other than of him or my sled without me on it. 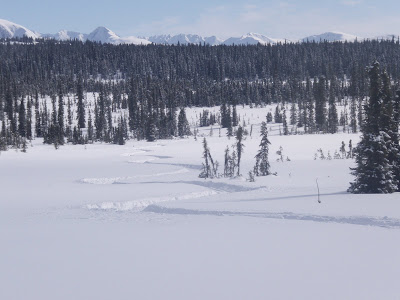 First tracks! In good powder my RMK can carve just as good as my snowboard, only I don't need a hill. About forty five minutes after I took this picture it looked like a superhighway with all the tracks in it. 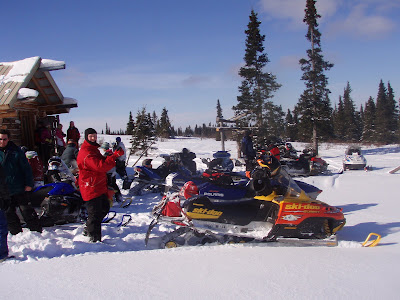 Valet parking at the cabin. 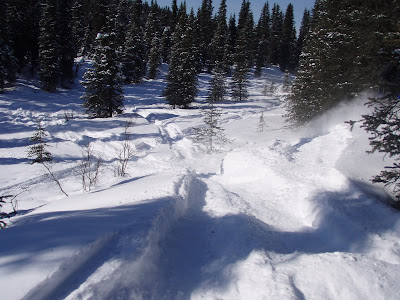 The banks of Little Willow Creek, and Wes dissappearing into the trees. 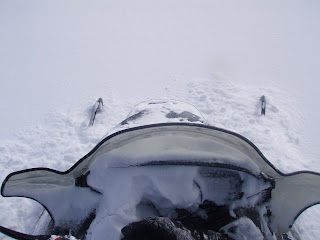 This is what the snow was like all day as long as
we stayed below treeline. 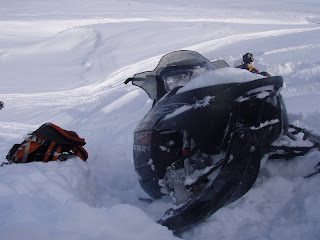 The take off was a little more verticle than I anticipated,
time to start digging. 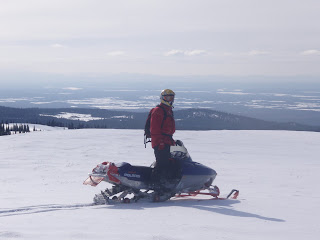 Clay taking in the view.

On Saturday, TJ, Jeff, Clay and Myself headed out on a trek a few minutes from home. Here is where we ended up. By the end of the day I had 90 miles on my odometer and an empty gas tank and can. It was a spectacular day, but we sure could use a foot or six of fresh snow! 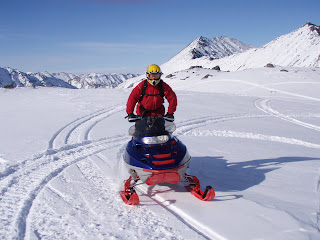 Clay with a nice backdrop. 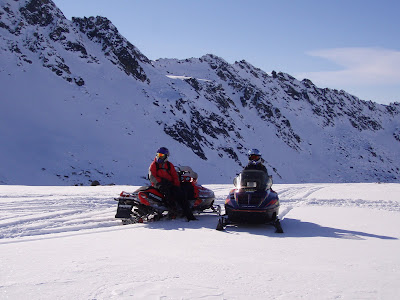 TJ and Jeff enjoying the sun. 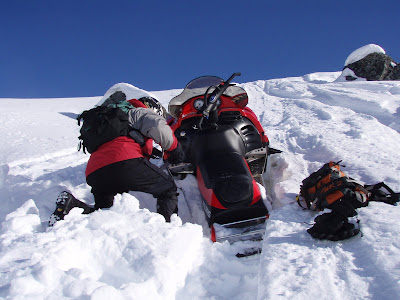 Jeff proving that he could get stuck too. 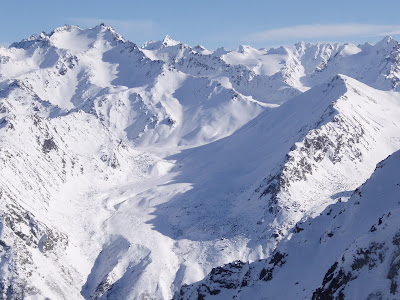 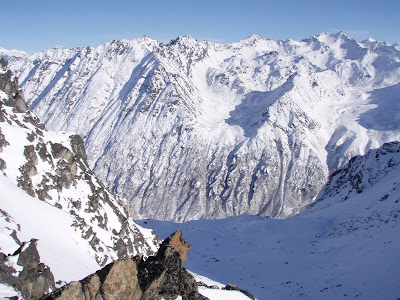 The valley making it untouchable. 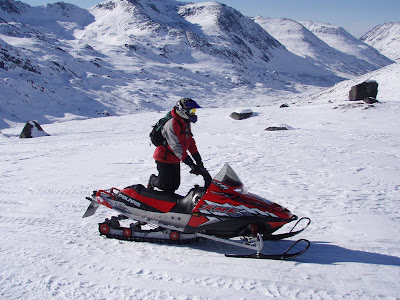 Jeff coming over a pass. 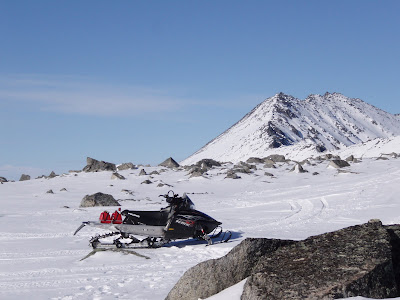 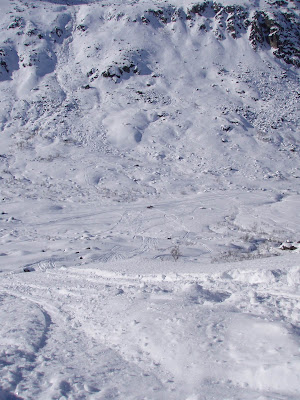 If you look real hard at the two specs on the valley floor you'll see TJ and Clay. 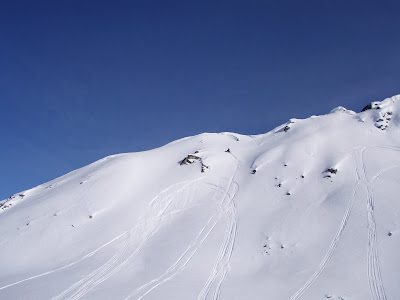 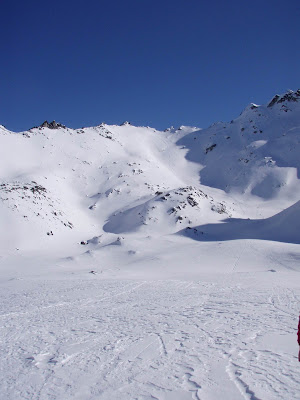 A nice bowl; note Clay's tracks up the right side.

We haven't had any snow to speak of since the first week of January and the cold doesn't seem to be letting up much. I got a new snowmachine in January and have about 600 miles on it so far. It was time to start enjoying winter again instead of just working on projects. We have had a pretty good winter all in all. Here are a few pictures from today. 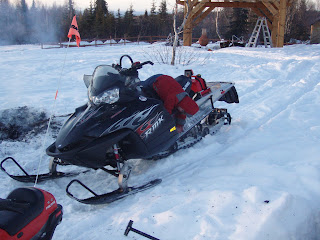 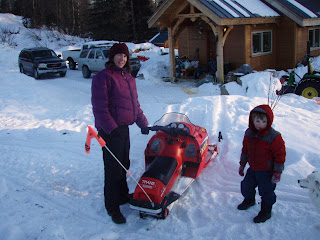 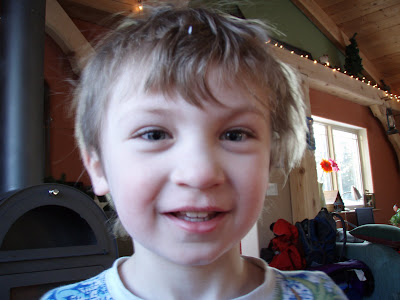